Spot Graffer – is the 2nd of two pieces painted by (The Lego Guy) AME72 on the night of 9th December 2018, using spray paints, stencils and a touch of freehand. Ame72 had originally planned to paint just the one mural on his flying visit to the city – Lenny, which can be found on the same building. However, despite the near freezing temperatures the 1st piece was completed with time to spare and so Carlisle got two for the price of one, not bad.  “Being so near the main road and the fact we had permission to paint meant that Ame72 was not worrying about being inconspicuous, so the two policemen who turned up mid painting to find cans spread all over the car park as we decided on what colour each dot should be were a bit confused at first!” said Ben. “Once they realised what was going on they were really interested and promised not to tell anyone else and to swing by the next day to see the finished work!”  The piece pokes fun at Damien Hirst’s famous dot paintings with the cheeky lego graffiti bomber mimicking his iconic style in his own street style.   Being able to be seen from the dual carriageway, a main route through the city centre, means this is probably one of the most viewed pieces day to day. 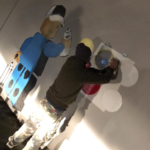 Now your next stop on the tour is the rarest and hardest to view…good luck!

Bio: James Ame is a British artist who's career traces right back to early roots can be found in 1980's northern England. His tag name, AME72, is originated in the old style way of combining part of his name and his DOB. He now lives in Israel and works all over the world spreading joy and love through his signature larger than life lego figures. 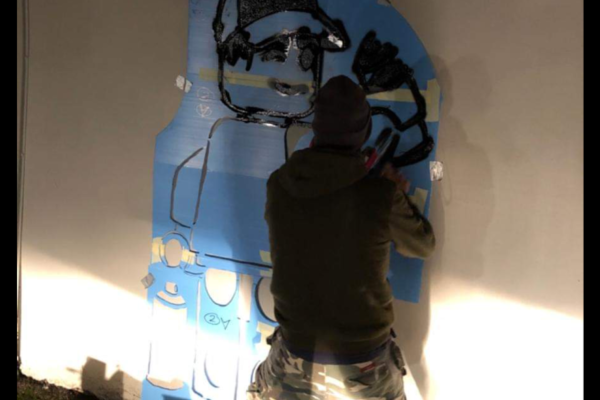 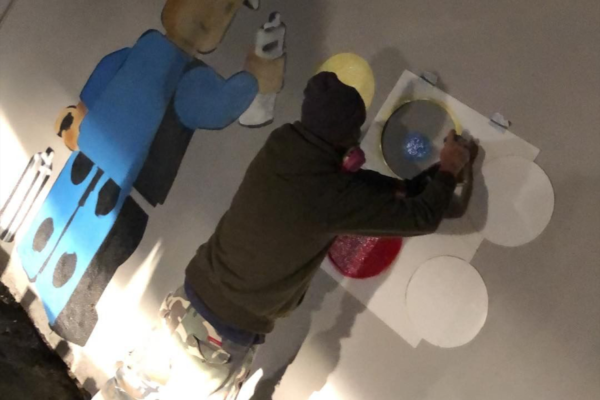 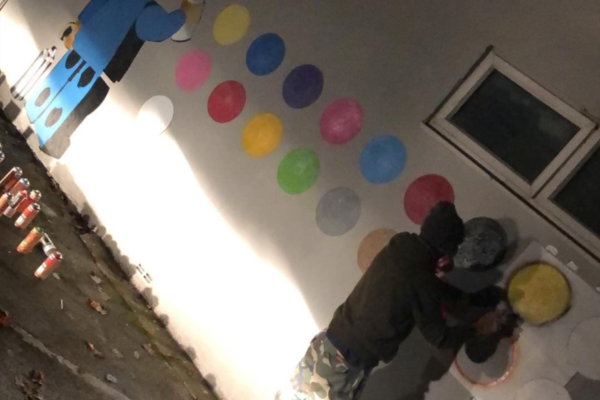 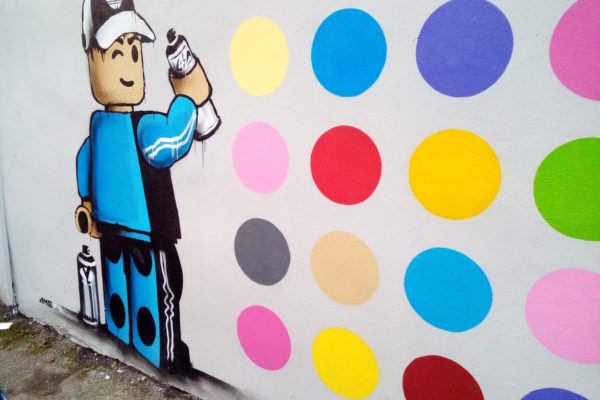