Was spray painted freehand by artist and poet Angry Dan, on the 17th May 2019. It was the artist’s first mural outside of London and the 3rd to go up at Struts on Chapel Street. Ben Heslop, of Blank Wall Assassins, had seen this mural painted in Shoreditch London earlier in the year.  “I was outraged when I first saw it and wondered what the link was to Carlisle with the artist and why I didn’t know about it…turns out there wasn’t one but it started the conversation!”  Ben and Dan struck up a friendship and it turned out that the piece (that randomly featured the word Carlisle due to Dan’s wonderful obsession with limericks and word play) Ben had seen was temporary and had since disappeared. Given a chance to paint this piece permanently in the aforementioned city seemed only right to Dan and he jumped at the chance to head North and paint.  Dan has since gone on to create Limericks for the BBC, Glastonbury festival and feature in the line up for Coventry’s street art take over for its tenure as City Of Culture 2021.  We just know that this piece has happily come back to its home city for all to enjoy visually and verbally! 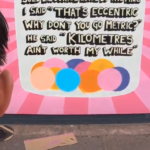 Bio: Angry Dan is as equally talented at limericks as he is at visuals... which is a good job because he has being combing the two for many years now. delighting people with his wit and visual flare his limericks can be thought provoking, funny or down right strange...and we love them all! 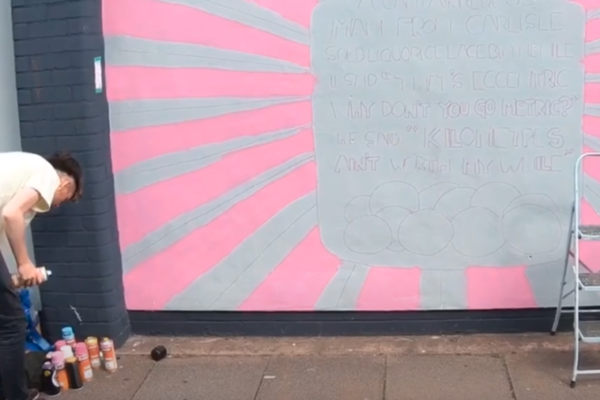 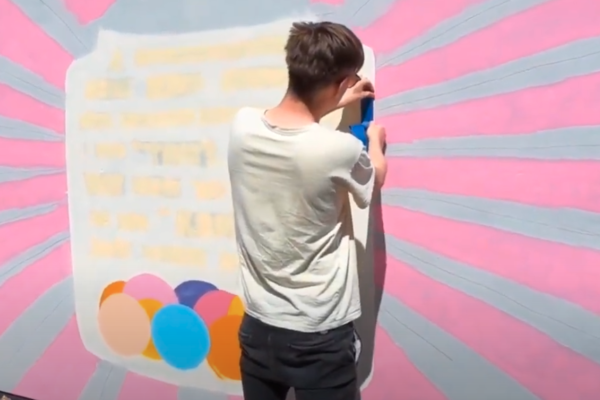 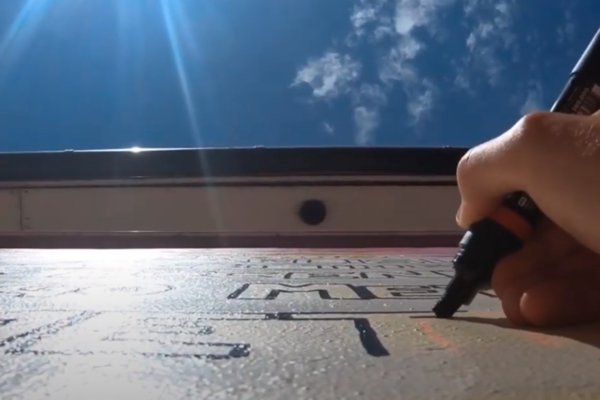 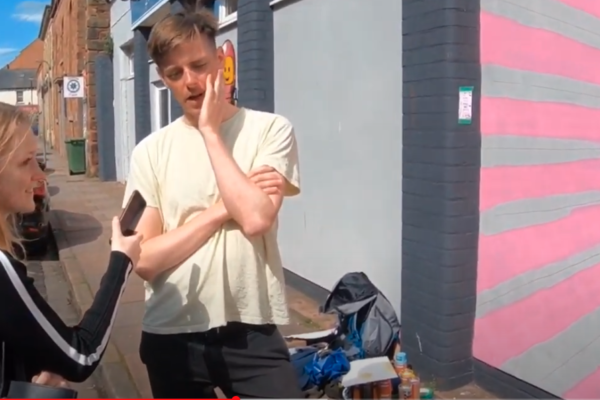 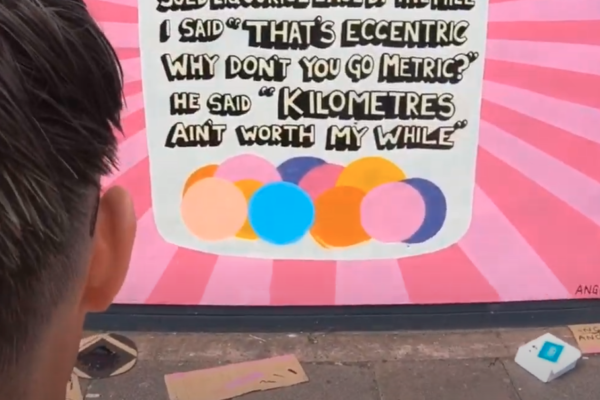 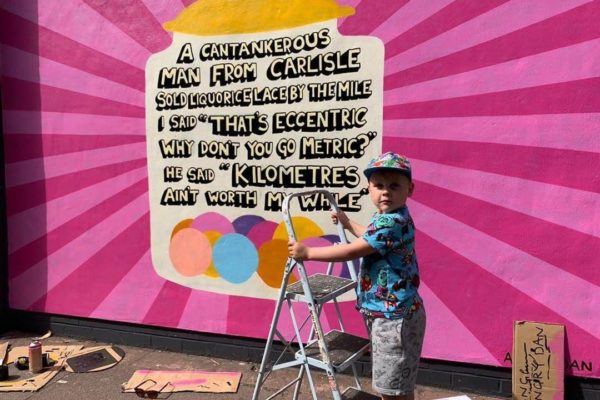 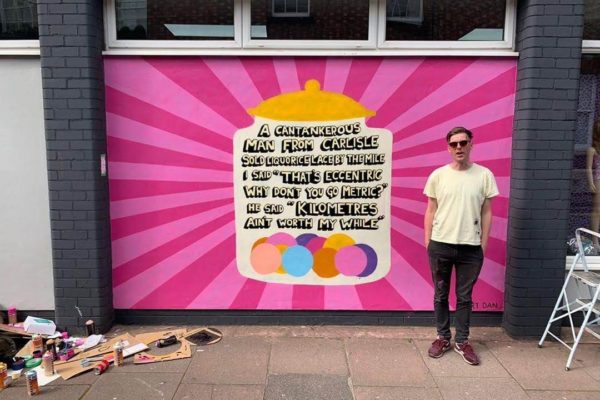