Butterfly Girl – Create what you Dream

Update: This building is now in the process of being demolished and access is limited.  You can still see the piece from the street at the moment but soon it will be gone.  But don’t worry we have plans in place for when this happens.

All street art is transient and sometimes becomes more eponymous in its disappearance!

Has to be the rightful starting point for the trail in more ways than one! This Was the 1st mural painted by Tabby in Carlisle and the city’s 1st proper piece of Street Art. Painted on the 15th March 2018 using spray paint and stencils, the image became so popular with locals and Tabbys worldwide collector base it was later released as a print in three different colour ways. Ben Heslop had the idea to bring street art to his home city after spending time all over the world with his gallery Landmark Street Art. “It seemed daft that I had built up so many friends in the scene and spent my time in so many hot spots where the best of the best painted and in my home city there was nothing” Said Ben “Now all I had to do was convince them to come here!” So the journey began and Ben’s one ‘one wall one victory’ approach was born. “I met the building owner at a bonfire celebration and told him of my vision for the city…not even knowing he owned buildings! He said yes and it began with myself, Tabby (Who had flown in from Vienna especially) and a ladder on a cold March morning. we didn’t know if we had permission from the council, how the city was going to receive it, we were just making it up with the philosophy of ask forgiveness not permission!” The city did wake up to its new artwork and was thrilled, excited and intrigued by what it saw. This was the true beginning of Blank Wall Assassins 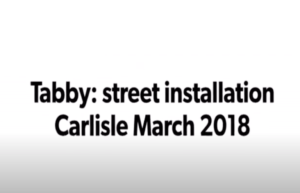 Watch the video of the first piece being created here

Now head back towards the town centre now and find the next piece by Local Artist Martin Evans.

Bio: Tabby, who is from Austria was the first artist to paint in Carlisle for Blank Wall Assassins and has made several trips back over recent years. Hi expertly cut stencils add fun and humour to the cities walls. 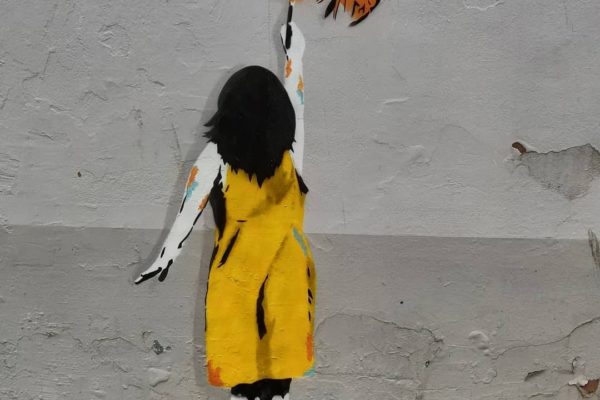 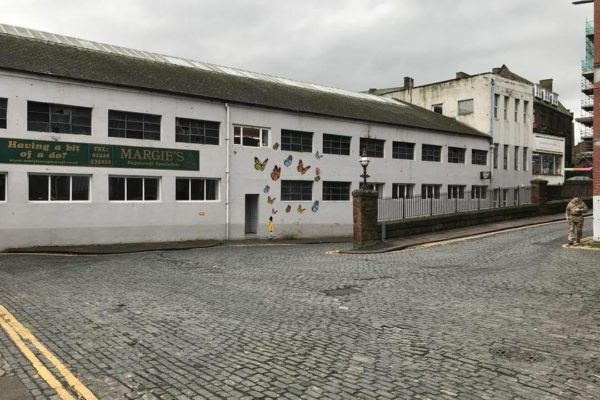