Was the first of two works painted in Carlisle by AME72, on the 9th December 2018, using spray paints, stencils and more than a touch of freehand. The work can be found on the side wall of Struts Fancy Dress Shop and is, according to the artist, based on a character in the 2nd Lego Movie.  Ame72 was commissioned to paint the Lego studio in LA for the producer of the movies Dan Lin.  Interestingly the LA work is the only other street piece to feature a pink ‘Lego guy’ by Ame72.  The larger than life character almost jumps off the wall at passers by and can not help but spread joy and smiles.  James traveled over from his home in Israel to paint this for the city.  This street is a main link between the college and several large schools so it gets a lot of exposure to young people. 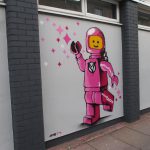 Take a few steps left and enjoy some lyrical art by Angry Dan!

Bio: James Ame is a British artist who's career traces right back to early roots can be found in 1980's northern England. His tag name, AME72, is originated in the old style way of combining part of his name and his DOB. He now lives in Israel and works all over the world spreading joy and love through his signature larger than life lego figures. 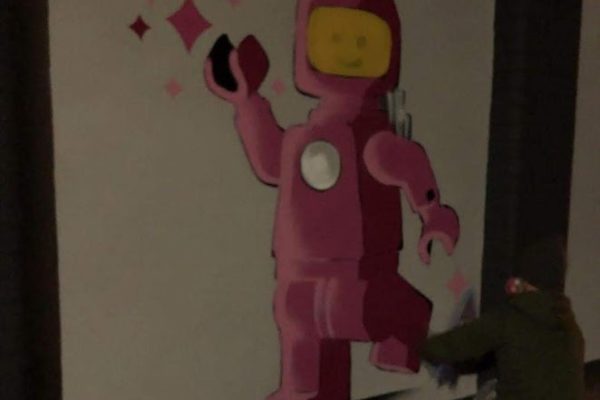 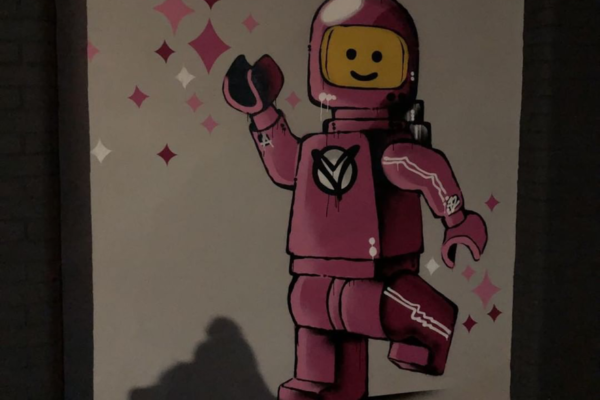 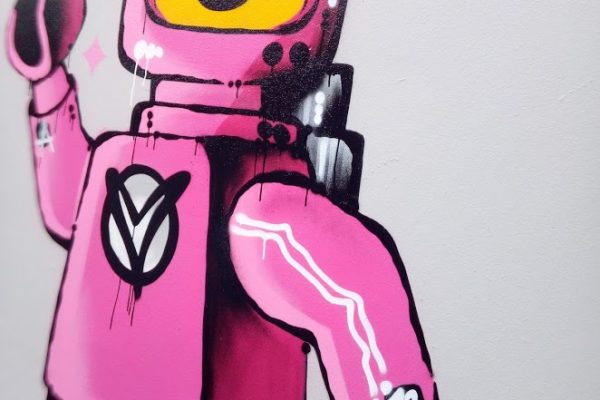 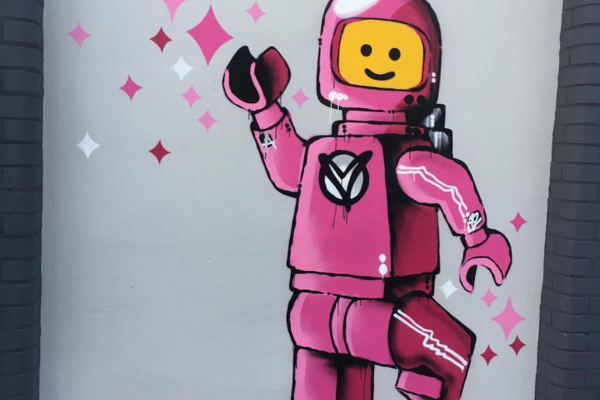